The Green and the Red 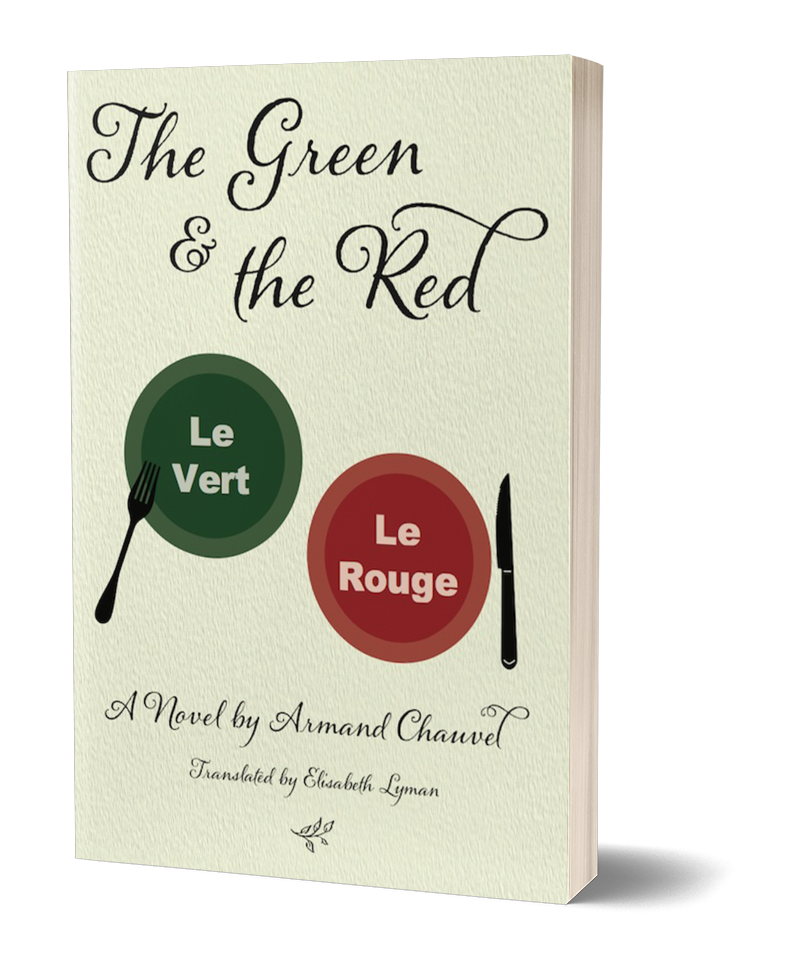 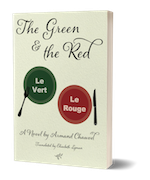 
“A fun, engaging story of two people with a mutual attraction who don’t see eye to eye when it comes to food...a disarming, romantic comedy with elements of Shakespearean farce...The Green and the Red is delicious.”

“...a funny, honest and entertaining read that resonates beyond all dietary lines...More poignant messages about animal rights and the environment are deftly interwoven into the hilarious scenarios...a great read."

"A fun, engaging story of two people with a mutual attraction who don’t see eye to eye when it comes to food."

“...a funny, honest and entertaining read that resonates beyond all dietary lines...a great read."

“...an enchanting, witty novel...a must-read for anyone with a heart, mind, or belly inclined towards compassion."

She’s a vegetarian. He’s a carnivore.

Will it be a table for one?

Meet Léa. She’s the idealistic owner and chef of La Dame Verte, a vegetarian restaurant struggling in a small French town in Brittany.

Meet Mathieu. He’s the carnivorous marketing director of the town’s biggest pork producer, which is trying to put Léa out of business to take over the restaurant's prime real estate.

Translated from the French (Le Vert et Le Rouge), The Green and the Red is at once a romantic comedy and a comedy of errors—two people from different worlds coming together in a small French town immersed in the culture of food.

“Armand Chauvel’s first novel is an entertaining tale of two people with strong career goals and stronger opinions on what to eat…the satire makes for a light and funny read, no matter where one falls on the dietary spectrum between herbivore and carnivore…Beneath the satire, though, are real questions about food consumption.”

“The passion for meat and the habit of eating it will become, in the West, one of the ways in which our morality will be tested. Those who keep doing it will no longer be able to rely on tradition and custom—they will have to devise a good justification for what other fellow citizens regard with horror. This is a novel about the political morality of meat eating—and it is very well done.”

“Chauvel explores the realms of human attraction despite obvious differences, as well as the lengths some will go to in order to preserve one’s own rationales. Touching on a wide array of human emotion and behavior, including deceit, manipulation, guilt, and regret, Chauvel does a remarkable job of demonstrating the complexities of the human psyche, as well as the consequences—both personal and global—of such.”

“Written in a cinematic style...it’s tempting to imagine The Green and the Red on the big screen with a cast of vegetarian and vegan actors (Anna Paquin as Léa? Woody Harrelson as Mathieu?), with lots of cameos by famous vegans (Gene Baur, Caldwell Esselstyn, Paul Shapiro and Ingrid Newkirk), and a fabulous soundtrack featuring vegan musicians. This summer read would also make a great summer movie.”

“The Green and the Red highlights how stereotypes and cultural habits can influence our behaviour but how a little open mindedness – from flexitarians, vegetarians, vegans and omnivores alike – can produce positive change for people and planet. Infused with comedy, facts, and meat-free flavours throughout, The Green and the Red is a great introduction to environmental, health, and ethical issues surrounding our dietary choices."

“...an enchanting, witty novel...The Green and the Red seamlessly blends romance, suspense, politics, and foodieism into one rollicking novel that is both a leisurely read and a challenging treatise. It’s a novel for the critical thinker who also enjoys a good old-fashioned love story. A great introduction to (or review of) the fundamental issues facing vegans and omnivores in regards to the food we eat, The Green and the Red is a must-read for anyone with a heart, mind, or belly inclined towards compassion."