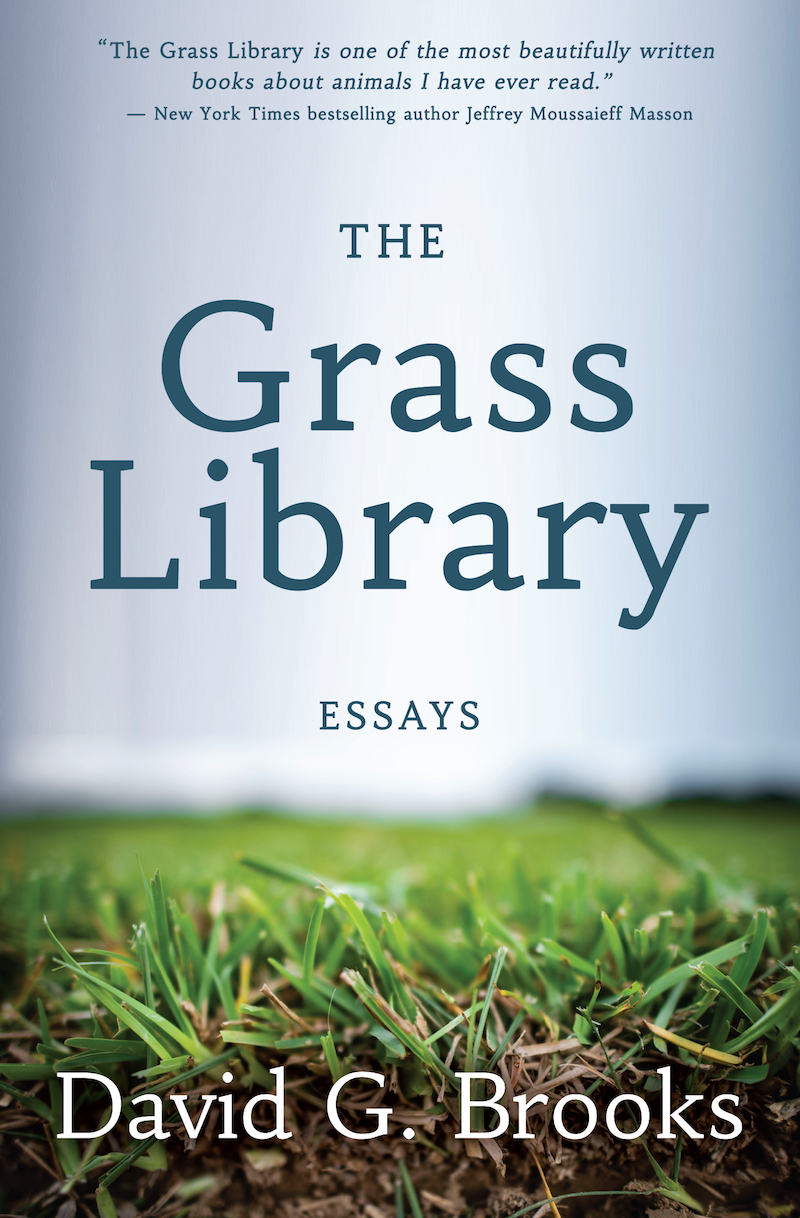 We are delighted to announce that The Grass Library by Australian author and animal advocate David G. Brooks is now available in the U.S. and Canada.

Originally published in Australia, The Grass Library is a philosophical and poetic journey by “one of Australia’s most skilled, unusual, and versatile writers” (The Sydney Morning Herald). Both a memoir and an elegy for animal rights, The Grass Library portrays the author’s relationship with his dog, four sheep, and myriad other animals in the home he shares with his partner in the Blue Mountains of New South Wales. This collection of essays—with its lyrical language, its honesty and vulnerability, its charm and wit—will delight and inspire all animal lovers, and especially those who rescue animals.

“THE GRASS LIBRARY is one of the most beautifully written books about animals I have ever read.” — New York Times bestselling author Jeffrey Moussaieff Masson

David G. Brooks is a poet, novelist, short-fiction writer, and essayist. His work has been widely anthologized and translated, and has won or been shortlisted for numerous awards, including the National Book Award; the NSW, WA and Queensland Premiers’ Awards;, the Adelaide Festival Award; and an Australia Council Fellowship for his distinguished contribution to Australian and international literature. Currently honorary associate professor in Australian literature at the University of Sydney, Brooks lives in the Blue Mountains of New South Wales.

“By turns analytical, reflective and lyrical, THE GRASS LIBRARY quietly challenges the way we think about non-human beings.” — The Sydney Morning Herald

Learn more about David and The Grass Library in this interview with Christine Townend at the Blue Mountain Writers Festival in Australia.

“… a wonderful book … I couldn’t put it down once I began reading … beautiful prose … ” — Marc Bekoff, Psychology Today

“Fancy that: being led, through that crack, by a dog, a few sheep, some ducks, a rat, to find oneself, as once so long ago I dreamt I might, in a secret kingdom of grass.”