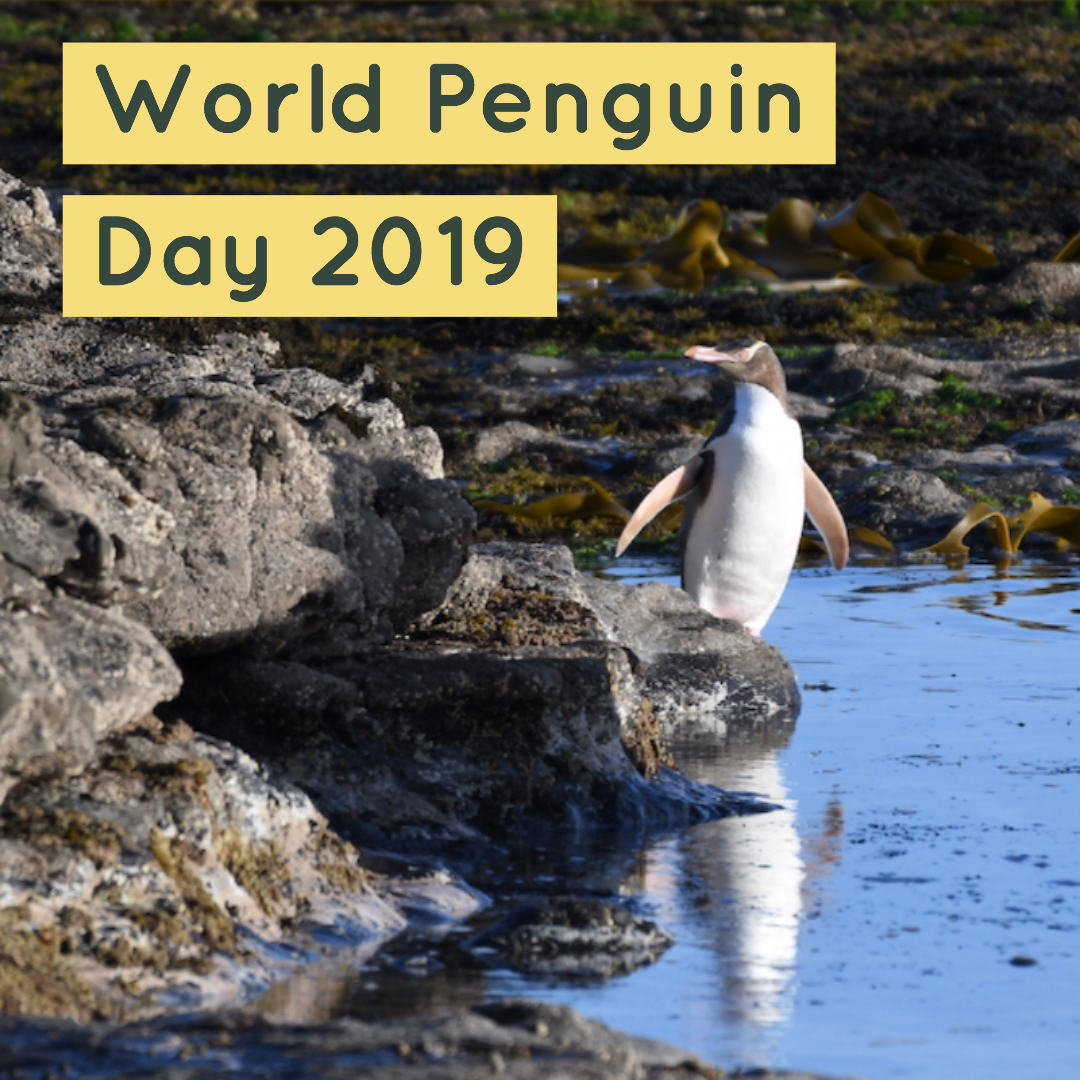 Today is World Penguin Day — not that we need a reason to celebrate these amazing little creatures, but it’s great to have a designated day on which everyone thinks about these birds and how they’re faring in such a rapidly changing world.

So, how exactly are the penguins doing? According to the International Union for Conservation of Nature (IUCN) Red List of Threatened Species, of the eighteen species of penguins listed, four are stable (the Royal, Snare, Gentoo, and Little penguins), two are increasing in numbers (the Adélies and the Kings), and the status of the Emperors is classified as unknown. This means that, when it comes to the rest of the penguins of the world, their numbers are decreasing — and in some cases, they are decreasingly alarmingly fast.

The penguins in the most danger of becoming extinct are three species we’ve been very fortunate to meet: the Galápagos penguin (with an estimated 1,200 individuals left), the Yellow-eyed penguin (with fewer than 3,500 left), and New Zealand’s Fiordland-crested penguin, also known by its Māori name, Tawaki, meaning crested, which the IUCN lists at between 2,500 and 9,999 individuals (yet when we visited in 2017, local researchers’ estimates were capped at 3,000 individuals).

These are pretty scary numbers — and the fact is, the lifestyles of each of these species make them very hard to accurately count, which means that while there could be more than we think, it’s likely that there could be far fewer than we realize.

So what can we do on World Penguin Day to help make the world a better place for them? Here are a few ideas to start.