Hannah Sandoval’s essay “Rabies Bites: How Stephen King Made a Dog a Compelling Main Character” appears in Writing for Animals.

A: I feel my depictions of animals have become more realistic. In my first novel, the protagonist’s dog was highly involved in the plot, but he was a bit cartoonish. He fell into that stereotypical category of dogs that “practically speak English!” He barked at just the right moment, as if he was agreeing to plans. He understood complex commands with no training. That sort of thing. That’s cute, but it’s not really an accurate portrayal of dogs, and it does them a disservice in some ways. Dogs aren’t humans. They possess many traits that humans either don’t have or struggle hard to maintain, such as unconditional love and total appreciation of the present moment. They don’t speak like we do, but they do speak, and that is what I now try to capture when writing dogs or any animal into my stories.

A: Writing them as they are, not as you need them to be to further a plot. Yes, as a writer you must always keep your plot in mind, but if an animal doesn’t fit naturally into it, don’t write it in. Shoehorning in an animal does nothing for the story and usually leads to an unbelievable and inaccurate portrayal.

A: It is extremely difficult to find books in which animals are both a main character and realistically and compassionately portrayed. Often, if animals are main characters, they are anthropomorphized. For instance, I loved Brian Jaques’ Redwall series and Kenneth Grahame’s Wind in the Willows as a child, but though they are enthralling portrayals, they aren’t exactly realistic. King’s Cujo is unique, in my opinion, in its minimalistic, realistic portrayal of the workings of a dog’s mind. Cujo is certainly the main character; the readers feel great compassion for his plight, and he feels like a real dog. The only other book that I can think of that writes an animal in that same vein is Jack London’s Call of the Wild — another childhood favorite. London keeps the reader pretty much exclusively in Buck’s perspective, rather than showing him in an outside POV, like King does, which requires he stretch the boundaries of “realistic” a little bit. Still, I feel it, too, is a realistic, compassionate, and well-crafted portrayal of an animal character.

Q: In your essay, you write about Stephen King’s bestselling novel Cujo. In what ways to you think this popular novel both helps and hurts dogs and other animals?

A: As discussed in my essay, I think the actual novel is a very realistic, intuitive, and compelling portrayal of a dog in distress. The novel makes the reader feel for Cujo and see him as an individual undergoing an internal struggle as complex and difficult as that of any of the human characters. It portrays an animal not as a set piece but as a sentient being with feelings, desires, and fears. And it certainly helps raise awareness of the rabies virus and why it is so important to vaccinate your pets against deadly diseases.

However, King’s nuanced portrayal of a good dog battling a villain called rabies was lost in the film version of the novel. Cujo’s name has become synonymous with violence and terror for film lovers. In many people’s minds, he is a pop-culture monster. This is because there is a lot of violence portrayed in the novel, and Cujo ultimately meets a violent end. When stripped of the omniscient narration that is the strength of novels as a medium, one is left only with a dog who commits violence and has violence committed against him. While that violence fits in with King’s ultimate theme, and while Cujo is written with the same respect given to the human characters, thanks to the story being taken out of its original form, it has done damage in the minds of many people who haven’t actually read the book. 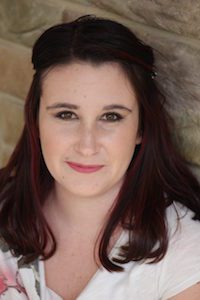 Hannah Sandoval is a full-time freelance manuscript editor and ghostwriter and the founder of PurpleInkPen. She has a BA in English and is a proud member of the International Association of Professional Book Editors. Her novel Arcamira is the Best Fantasy Series winner of the 2017 Channillo Awards. Her Pembroke Welsh Corgi, Vanellope, embodies more sass than her owner could ever hope to.