A: I didn’t set out to write a book so much as I set out to discover why the puppy I adopted from a small rescue organization seemed unusually submissive and fearful of men, and why she—a dog from North Carolina—was up for adoption in a New Jersey garden supply store.  At the time I began to dig for answers, I was in the midst of a career crisis: Should I pursue a doctoral degree in education? Could I be content as a stay-at-home mom teaching a few college classes a semester? What was my purpose?

As I uncovered little bits about Galen’s past and learned about the scope of the dog problem in the United States, I realized there was a story that needed telling—not just about all the healthy and adoptable dogs being killed in shelters (that story’s been told), but about what’s being done—and what more can be done—to save lives and stop the killing. I now had my purpose.

I spent about two years reporting and writing the book. My favorite part of this journey has been meeting the amazing people who are in the trenches saving lives, be it through increasing access to spay/neuter surgeries for some of America’s poorest pet owners or finding new ways to promote shelter adoptions. For so many of these people, their work is wholly volunteer, squeezed in around their day jobs but done because of their deep love for dogs and their inability to stand idle while so many suffer. 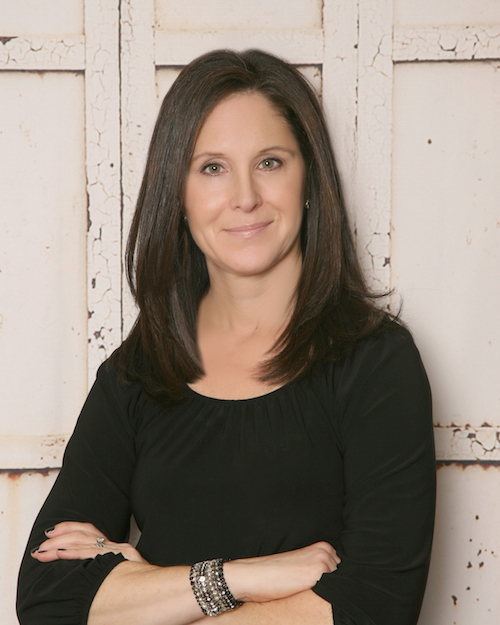 Q: Tell us about some of the research you did for Dogland.

A: Some of the toughest reporting I had to do for Dogland was to visit several of the South’s under-funded, under-staffed, decades-old public shelters. I knew that many of the dogs I saw there—beautiful, healthy, vibrant dogs—would be euthanized. But I also had the opportunity to visit shelters where every healthy dog was cared for and socialized until some man or some woman walked through the shelter door, peered into the dog’s kennel, and decided that dog would have a home.

I got a lot of mental whiplash reporting this story because it seemed like for every potential solution to an existing problem, that solution sparked unintended consequences that created more problems—or at least resistance to the solution. For instance, low-cost spay/neuter clinics would seem the perfect solution to increasing spay/neuter surgery rates. But they are often opposed by veterinarians. Sometimes the opposition stems from greed, but sometimes it’s because veterinarians have seen spay/neuter clinics morph into full-service veterinary clinics that can threaten a private vet’s livelihood. As one supporter of low-cost spay/neuter clinics told me, “If our goal is spay/neuter, then every time we are doing something that is not a spay, not a neuter, then we’re not working towards our goal.”

Perhaps what surprised me most, as a person outside the animal welfare world, is how much animosity and infighting exists among the players inside that world—at the expense of the animals. In fact, at an annual conference sponsored by the Best Friends Animal Society, one of the sessions included a discussion on the importance of collaboration. Let go of egos, quit vilifying others, and walk in one another’s shoes was the message delivered to conference goers.

Q: Does the United States really have a “dog problem”?

A: Yes. When more than a million healthy, adoptable dogs are euthanized in animal shelters each year, we have a dog problem. And of course, that doesn’t count all the dogs killed by their owners or who die as strays having been dumped on the sides of roads, in wooded areas, or wherever people choose to rid themselves of unwanted pets.

A: It is, and that’s wonderful. But we’ve hit a plateau. Animal welfare groups say about twenty million dogs and cats were euthanized in American shelters in the 1970s. Now, more than four decades later, that number is down to about four million. But that’s an outrageous number, especially when you consider that animal welfare groups say 90 percent of those are healthy and adoptable.

Q: What’s the root of the problem?

A: The root is that too many pet owners do not spay and neuter their dogs—thus there are too many accidental litters. The solution would seem straightforward: Have more pet owners get their dogs fixed. Unfortunately, issues of accessibility and affordability make that more easily said than done. According to an organization called Spay FIRST!, fewer than ten states can claim to offer pet owners accessible and affordable spay/neuter. The organization defines “access” as having a veterinary clinic, a low-cost spay/neuter facility, or a program that transports dogs to a clinic within fifty miles of a pet owner’s home. It defines “affordability” as keeping the cost less than what a low- or minimum-wage worker makes in a day—in some cases making it free. Then there’s also the issue of education. For many dog owners, especially those who grew up in rural or farming communities, spaying and neutering dogs was something that traditionally just wasn’t done, so it is something that needs to be taught.

Q: Why do we often hear the situation for dogs—in terms of shelter euthanasia—is worse in the South than in any other region of the country?

A: In part, it’s an issue of numbers—the South has a large population—including a large dog-owning population which itself has historical roots—and a large percentage of Southerners live in poverty. Thus the issues of accessibility and affordability are ever-present. That historical relationship stems from the region’s agrarian history. Dogs were quite useful on the farm—they had a host of jobs, from protecting the homestead to accompanying their owners on hunts. Everyone had them, and no one fixed them. It just wasn’t something that was done—the American Veterinary Medical Association didn’t even establish standards for spay/neuter until 1923. And still, by the 1970s, only 10 percent of pet dogs and 1 percent of pet cats were fixed. Dogs also tended to live outside the house, so if a dog had puppies it’s not like a family went from one dog in the house to nine or ten. They lived outside—they were animals. They were property. They were not pets—certainly not this notion we have today of companion animals.

Q: If more people rescued animals from shelters, rather than bought from breeders or pet stores, could we solve this problem?

A: No, though it would certainly help. As I heard over and over again, we have to “turn off the spigot.” Stop the procreation. The other thing I heard from shelter workers repeatedly was, “We’re adopting them out one and a time, and they’re making them eight, nine, ten at a time.”

Q: How do we, as a society, make spay/neuter more affordable and accessible?

A: First, bring the price of the surgery down. This can be done with more low-cost clinics that specialize in high-volume spay/neuter surgery. And it can be done by creating state programs, like New Jersey’s Animal Population Control program, that help fund the surgery for low-income pet owners and those who adopt from shelters.

Third, through education. Teach people about the benefits of fixing a dog to the animal’s health and behavior, and the consequences of not fixing a dog to overpopulation.

Q: Many people who rescue dogs probably wish they knew their dog’s history. What made you actually seek it out?

A: With my first rescue—Gryffin—I always wondered what his life was like before he was found in a box on the side of an Atlanta-area highway. He, too, had some little oddities—he was afraid of garbage bags and he disliked dogs who were boxers. If we were walking down the street or if we were in the dog park, the only breed he would have a negative reaction to was the boxer. But I never did anything—I just wondered.

With Galen, there was something about her submissiveness that was so extreme … and then the timing was right in my life. I was having a mini-mid-career crisis, and reporting this book seemed to be a way for me to move in a direction that had purpose.

Q: You’ve said that Galen could be the poster-puppy for America’s dog problem. What do you mean?

A: Galen was born to a dog who wasn’t spayed because her family couldn’t afford it. The family’s home also didn’t have a fenced-in yard, so when she—her name is Daisy—was outside, she was tied to a tree along the side of the house. Daisy’s owner told me that she didn’t intend to breed Daisy. What happened was that when Daisy was in one of her heat cycles, a neighbor’s dog impregnated her. The result was a seven-pup litter that the family could not afford to care for and that it couldn’t give away. So, the owner and her son dropped the puppies at the shelter when they were six weeks old. But that litter was lucky—they were seen by a rescue organization that pulled them, had them fostered, and had them transported to New Jersey. 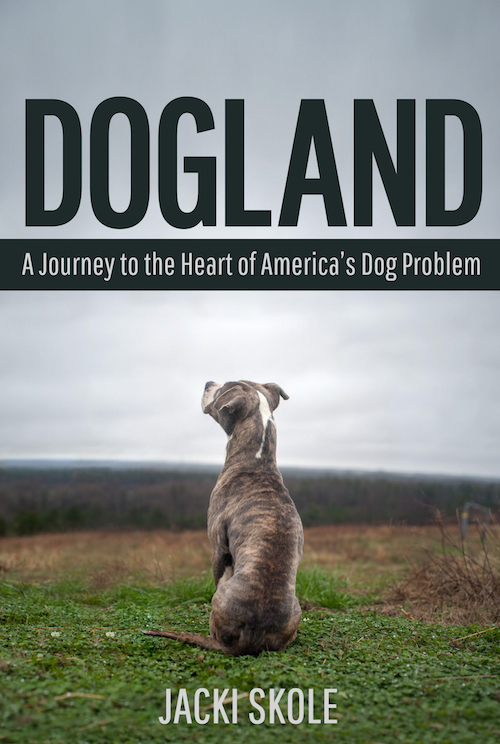 3 thoughts on “A Q&A with Dogland author Jacki Skole”