An interview with Among Animals contributor Ray Keifetz (“Miriam’s Lantern”)

A: “Miriam’s Lantern” began as a series of prose poems called “Last Things.” I spent a melancholy night enumerating extinctions—creatures, cultures, trees, languages …  “Where to begin?” was my epigram; it could have as easily been “There’s no end.” The poems that burned most brightly were a meditation on the last passenger pigeon, which died in captivity, and an encounter I’d had as a boy with a very old man who’d apprenticed as a blacksmith before horses had been replaced by cars. And almost immediately I sensed there was a story and that story was the connection, somehow, between that bird and that man. Both were on display. The habitats of both had been destroyed. The bird, however, had been hunted to extinction by men. A year later it came to me what if . . .? What if the man had killed the bird, one of the last? Instantly I had the bones of a story. The historic events were there in one lifetime—the introduction of the automobile, the chestnut blight, the killing of the last wild passenger pigeon in 1900, the death of the very last in the Cincinnati Zoo in 1914. All that remained, which took years, was for me to develop the two main characters—my almost-a-journeyman blacksmith and my small bluish bird with eyes the color of flame. 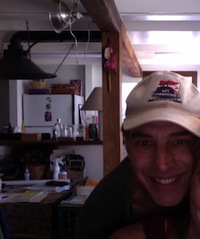 A: Apart from verifying a few dates to see whether my time frame was plausible, I did no actual research; I never do—I would hate to let a fact get in the way of a good story. The subject matter, the details of “Miriam’s Lantern,” grew out of my reading, my interest in history, in animals, and my travels. My writing is a weaving of what I know with what I don’t know (which is where, I think, fiction begins), of what I remember with what I don’t remember (the place where poetry begins for me). For example, the town of Praywell in the story is based on the restored, early nineteenth century town of Hopewell, which I stumbled upon by accident. It was there that I met the blacksmith who told me how he forged by the colors of fire and held me like Coleridge’s mesmerized wedding guest for hours. The strange urgency, the need out of which he spoke has stayed with me ever since and shaped my story as much as the fire shaped his iron. If I was the wedding guest, the blacksmith was the mariner, and so I named the narrator of “Miriam’s Lantern” Marner. For me the concrete, the “actual” are the places I leave behind. I doubt if I could find Hopewell again, but the road to Praywell is marked by numerous well lit signs.

A: To achieve the balance you mention, the narrator’s voice was everything. I can’t tell you how many times I rewrote “Miriam’s Lantern,” groping for just the right tone. While the events clearly occur in the past, it is Marner’s diction—formal, quaint, at times stilted, at times almost Biblical—that takes us into the future as if hearing a prophesy. Marner describes actual events, but he does so employing archetypes. His blighted forest could be our forest, the growing darkness as forge after forge flickers out our own growing darkness. But while the story is set in the past, the open-ended ending allows us, if we will, to follow Marner with his bagful of bright red berries into a future where those berries, against the odds, may yet be received.

Q: In “Miriam’s Lantern,” Marner is undergoing an apprenticeship—in what ways do you feel this reflects our relationship with animals and the natural world?

A: From the moment he kills the small, round bird, Marner’s apprenticeship assumes a wider, darker compass than what is normally required by blacksmithing. For much of the story he wanders through a dying world like a stranger, vainly trying to resume an apprenticeship no longer possible. Miriam offers him an alternative vision—a world where the pursuit of craft is still possible and points as evidence to the lives of animals, an association Marner resists. Ironically it is his estrangement from the natural world that lands him a job “among animals.” For the second time in his life he stares into the eyes of the bird that has both haunted him and informed his apprenticeship, but this time he sees another creature “unrelated but closely connected . . .” inhabiting “separate but closely related cages . . .”—the two of them prisoners, the existence of the bird as dependent on Marner as his existence is dependent on the bird. It is the small, solitary bird that in the end saves Marner, and it is now up to Marner as he returns to the natural world outside the zoo to repay the debt. That is his apprenticeship, and, I believe, ours as well. 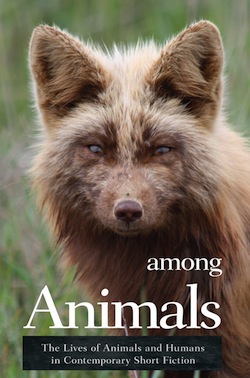 1 thought on “An interview with Among Animals contributor Ray Keifetz”