PBS’s documentary Parrot Confidential is a must-see for all bird lovers — and especially for those who may be thinking of a parrot as a pet. The film takes a close look at these amazing birds and shows why they should remain wild instead of in cages. (For a sneak preview, watch the trailer.) 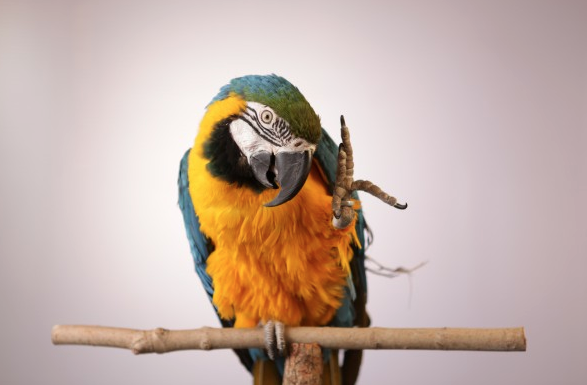 We’ve taken a keen interest in parrots lately in part due to Gwyn Hyman Rubio’s stunning new novel LOVE AND ORDINARY CREATURES (forthcoming this fall), which is about a cockatoo named Caruso who is very much in love with his human caretaker, Clarissa, and also very jealous of the new man in Clarissa’s life. Snatched from the wild as a chick, Caruso is one of the most endearing fictional characters we’ve ever met — and Gwyn’s meticulously researched novel beautifully portrays all of the issues surrounding parrots in captivity.

Parrot Confidential is a fascinating and eye-opening film documenting how parrots are hardwired for the wild — yet an estimated 10-40 million live in captivity in the United States. Because they make such challenging pets, thousands are surrendered to sanctuaries each year. But what happens to the others?

We meet several of them in Parrot Confidential.

We meet Lou,  a cockatoo who was left alone in a cage in a foreclosed home in Massachusetts. Lou was discovered after four days in an empty house, when a neighbor called animal control; Lou had a little water left but no food. The animal control officer described Lou’s situation as “utter heartbreak.” Lou is now home in a sanctuary with Foster Parrots.

We also meet Fagan, who was in a such a stressful home that he arrived at the Feathered Friends of Michigan sanctuary with most of his feathers plucked out and a big belly wound from self-mutilation. He was physically addicted to nicotine from living with smokers.

Most people have no idea what it means to care for a parrot. Parrots live up to 80 years and have never been domesticated. Their voices, meant to reach across forests, are too loud for the average home. Without the chance to have a mate, parrots bond strongly with their owners, usually one member of the household, and upon reaching sexual maturity can behave aggressively toward others. Parrots are seldom alone in the wild — even in flight, their mates are nearby — and the solitude of being a single bird in a cage is very stressful. 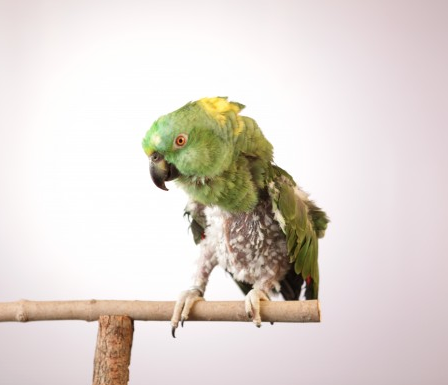 In 1992, the U.S. banned importation of wild birds — but people still capture and breed them here; there are no regulations. The message of this documentary, which features many former parrot breeders and buyers who now give them sanctuary, is loud and clear: Do not buy birds as pets.

Captive birds lead a horrible and unnatural life — humans clip their wings, put them in cages, and don’t allow these social birds to be with others of their species. Worse, parrots raised in captivity can’t be released in the wild. They have nothing but sanctuaries, most of which are all full.

You can watch the full documentary here.