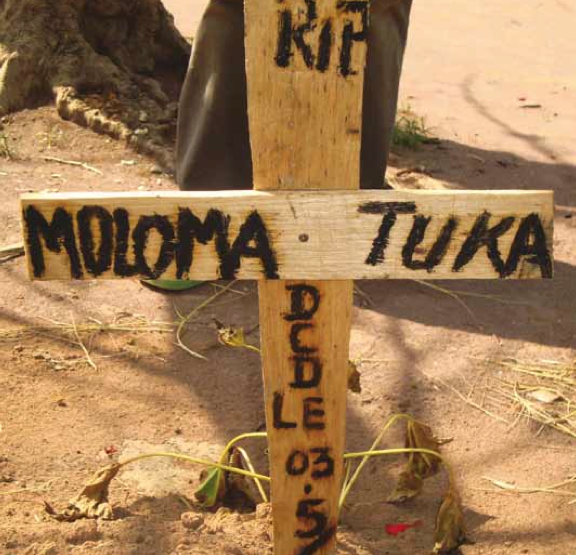 In the US, we see our share of environmental battles. But more often than not these battles are waged in courtrooms and in the media.

In poorer countries, these battles are waged on the land itself, with few witnesses, and they are increasingly fatal.

According to the group Global Witness, activists and locals who are simply trying to protect their land are being killed in growing numbers.

The briefing, A Hidden Crisis?, finds that over 711 people appear to have been killed in the last decade – more than one a week. In 2011 the toll was 106 people, almost doubling over the past three years.

I recently read about a horrible incident at a sanctuary at the Okapi Wildlife Reserve in the Democratic Republic of Congo. Poachers armed with AK47s killed seven members of the organization, burned every building down, and killed 15 okapi.

The poachers weren’t there for the okapi. They were searching for ivory tusks.

The naturalists and the okapi they had fought so hard to protect — they were merely bycatch.

The ivory market is thriving, thanks in large part to China. According to this article:

Last year, some 24 tons of ivory was seized around the world — the product of an estimated 2,500 elephants — making it the worst year for elephant poaching since an international ban on commercial ivory trading began in 1989, according to Traffic, a wildlife trade monitoring network.

Eight of 10 elephants that die are killed by poachers.

And as this incident so brutally illustrates, elephants are not the only living creatures who suffer.

The Okapi Wildlife Reserve is rebuilding. And they need donations. If you’ve got a few dollars to spare, you can donate here.