A Q&A with Blair Richmond, author of The Ghost Runner and Out of Breath

Q: What gave you the idea for The Lithia Trilogy? Did it begin as a trilogy or as just one book?

A: I remember watching the Twilight movie and silently simmering as Ed Cullen explained how he and his family were “vegetarian” vampires. Ed Cullen may be easy on the eyes, but he’s no vegetarian. I guess we were supposed to feel better that the Cullens only killed animals instead of people, but I wasn’t sold on the idea. I love animals. So I went home and tried to forget about it, but I just couldn’t. And soon my crazy imagination took over, and I began thinking about the character of Kat—a young woman, a runaway, who hides out in a small town in southern Oregon.

I had a feeling when I set out to write Out of Breath that I wouldn’t say everything I wanted in just one book. But I didn’t think then I had a trilogy in me—and I’m still not completely sure (I’m still working on book three!).

What I did know is that I wanted to write a book set in southern Oregon. I live here and love the area and the people, and it’s hard for my mind not to imagine paranormal stories set here.

And as it turned out, I couldn’t say everything I wanted to say even in two books. That’s when I knew it would be a trilogy. And then, I think I’ll be done! 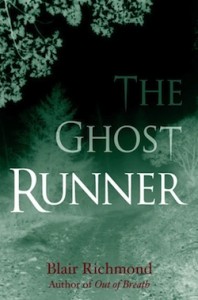 Q: Is the character of Kat based on you? That is, are you also a vegan and a competitive runner?

A: I wish I was as good a runner as Kat! But she and I do share a love of animals and nature. I think Kat is the person I wish I was when I was much younger. A strong-willed woman with unending optimism about changing the planet.

Q: What made you decide to use vampires as an analogy for writing about animal protection and veganism?

A: First, I love vampire novels. I’m attracted to lost and damaged souls, and vampires fit the bill. But I also thought that if a vampire could give up on blood, there would be hope for all of us.

I believe everyone is capable of making great changes in their lives. Giving up meat was, for me, an extremely difficult change. My family wasn’t supportive. I alienated a few good friends (and made a few new friends along the way). And I mostly felt alienated myself. Because vegans are still a minority in the world.

I realized that there were emotional similarities between a vegan (Kat) and a vampire (Roman) and I wanted to explore this more.

Q: Why do you write for young adults rather than an adult audience?

A: My books may be labeled YA, but I first write for myself, which I suppose makes me an overgrown young adult. But I guess I also focus on young adults because they are our future. And if this world is going to be saved—and I believe it will—it will be thanks to this generation. My generation (and I won’t be any more specific than that) has kicked the environmental can down the road for far too long. The younger generation is not going to repeat our mistakes. At least that’s my hope.

Q: What do you hope your readers learn from reading your books?

A: I hope readers enjoy the journey as much as I have. I hope they love Kat and maybe learn a thing or two about Oregon—also about how veganism and environmentalism are so closely connected. And I hope young people are inspired to change the world. 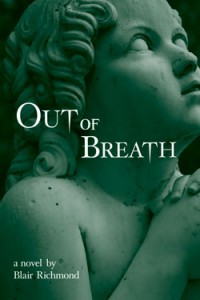