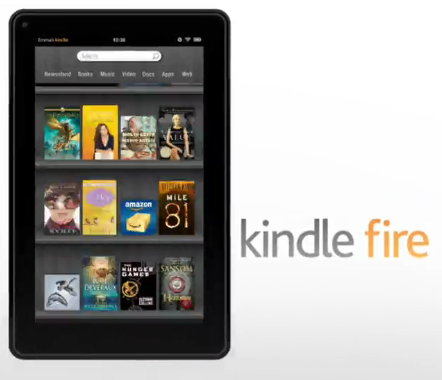 Though many tech gurus have criticized it for not living up to the Apple iPad (and it doesn’t), the Kindle Fire is an incredible deal at $199.

I played around with the Fire for a bit. And despite the name (Fire? Really?) the device didn’t feel cheap at all, as many said. Though it’s not as user friendly as the iPad, I had no trouble figuring out how to use it. The color screen is a welcome sight if you love full-color books. And the fact that you can start watching movies right away thanks to a one-month free trial of Amazon Prime is no trivial feature. And within a minute of starting up the device, I had all my previous Kindle purchases synced over to this device. Very nifty.

That said, I’m happy to stick with the old-fashioned black-and-white Kindle.

The reason for this is that I already have an iPad.

Right now, the original Kindle and iPad complement one another nicely. The Kindle is lightweight and does one thing extremely well. The iPad is heavy but does everything else extremely well.

And the old Kindle has buttons. I got used to the buttons for zipping through books, and I’m not ready to give them up for an all-touch screen just yet.

The Kindle Fire falls somewhere in between the old Kindle and the iPad, which appears to be a nice place to be given that the the device is projected to sell 5 million units this year and is outselling the iPad at Best Buy.

1 thought on “The Kindle Fire is a great deal as tablets go, but I’m sticking with the old Kindle”