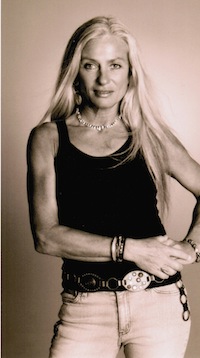 Born in Canada to Austrian parents, Pegi moved to Denver as a child and began playing the violin at the age of ten. She has since played classical, rock, blues, jazz, and bluegrass, often as a guest artist at concerts. She took her first sculpting class in high school, where she first discovered her artistic abilities. Smith’s ceramics have been exhibited and sold all over the United States.

Pegi is now focused on painting, and she works in acrylic in warm, rich colors. She aims to summarize her own life perspectives in her paintings and hopes that her work will cause the viewer to immerse and then emerge with the design. Pegi’s work has been profiled in Ashland Magazine, Revels, and the Ashland Daily Tidings, among others.

The original painting “On the Wings of Butterflies,” which appears on the cover of Balance of Fragile Things, was completed in 2010 and is on exhibit at 38 Central in Medford, Oregon.