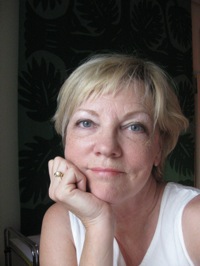 Patti M. Marxsen’s articles, essays, and reviews (art and books) have appeared in more than forty publications, including Caribbean Writer, Prairie Schooner, Fourth Genre, The French Review, Women’s Review of Books, the New England Antique Journal, the International Herald Tribune, Journal of Haitian Studies, and The Writer. A former French teacher with a master’s degree in art history, Marxsen has served as art critic for two American newspapers and has a longstanding interest in the art, literature, and history of the Francophone world.

Marxsen’s books include a collection of travel essays, Island Journeys: Exploring the Legacy of France (Alondra Press, 2008), which was a finalist for the Nonfiction Book Award of the Writers’ League of Texas (2009); a collection of short fiction, Tales from the Heart of Haiti (Educa Vision, 2010), which was on the recommended reading list of UNIFEM in June 2010; and her first book-length translation, Albert Schweitzer’s Lambarene: A Legacy of Humanity for Our World Today by Jo and Walter Munz (Penobscot Press, 2010). Marxsen has been nominated twice for a Pushcart Prize and received a Special Mention for “Alone in Amsterdam” (Fourth Genre, 2007). She lives in Switzerland with her husband and travels frequently to New England.