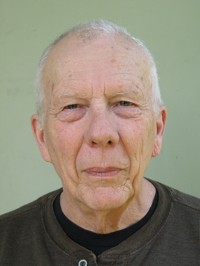 Most of Johan Mathiesen’s professional life has centered around food, either making it, writing about it, or selling books about it. Over the years, he has run restaurants and bakeries, hitchhiked across the country, built a cabin without power tools, published an alternative newsletter, operated an alternative school, and tended his own garden.

He has published articles in the Minneapolis Tribune, Simple Cooking, and Petites Prospos Cuilinaires, and articles from the latter two have been reprinted in anthologies. His cemetery photos have appeared in the ASG (Association of Gravestone Studies) Quarterly as well as in two books: Grave Humor and Weird Oregon.

Mathiesen currently lives in Portland with his wife, Kay, and has four children and five grandchildren.

Learn about Mad as the Mist and Snow.